Lytics Experiences support The Trade Desk Ad Groups that can be used to assemble targeting specifics and strategies. Using the Lytics Canvas, you can activate Ad Groups in The Trade Desk with Lytics audiences to engage users and drive conversions.

Before you can import, you will need to select the Advertiser that owns the Ad Groups you wish to import. The Advertisers accessible to the authorization you selected will be displayed in the drop down menu below.

Once you've selected an Advertiser, you can import eligible Ad Groups as Lytics Experiences. 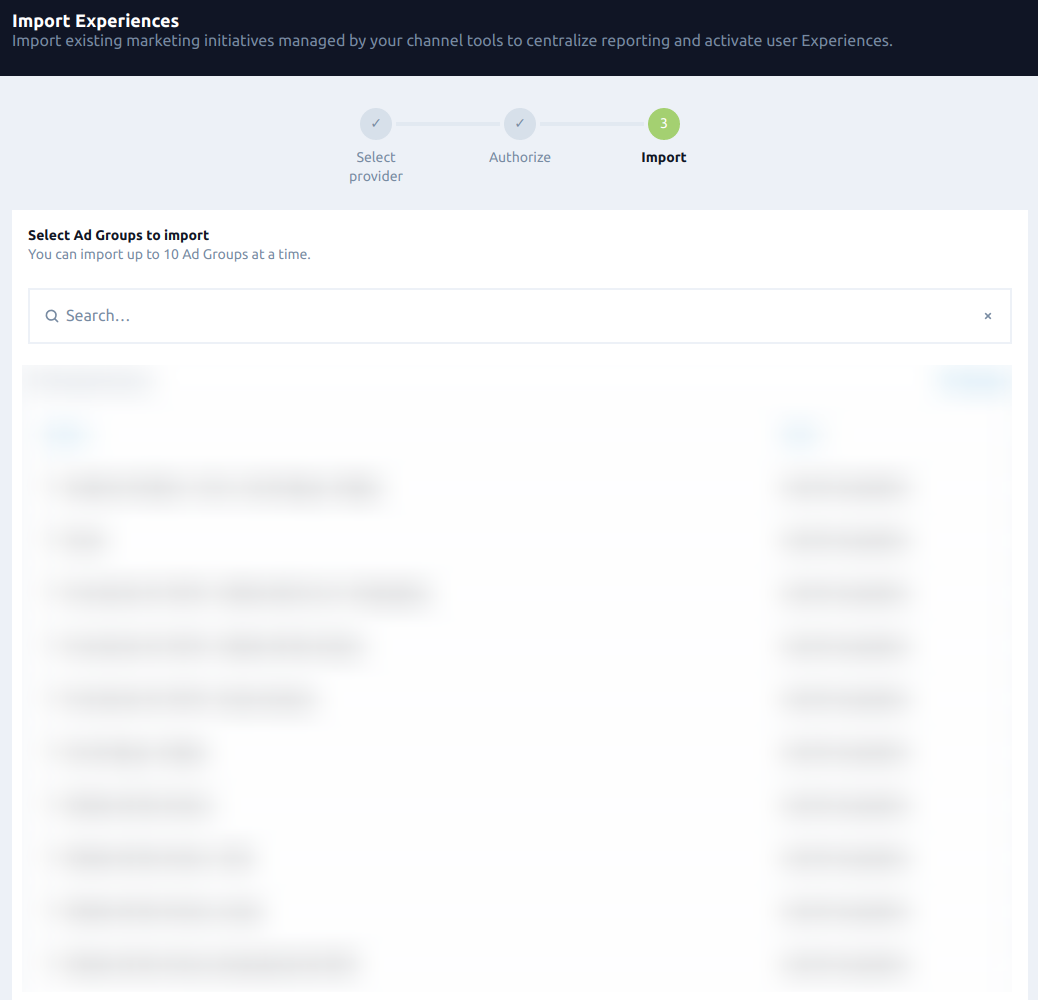 On import, tactics are included in the label for the experience in Lytics. Lytics determines an Ad Group's tactic via the AdGroup.RTBAttributes.ROIGoal field from The Trade Desk API.

The Trade Desk Experiences in Lytics support the following tactics:

Once you've finished configuring the Experience you can save and activate it.

Experience Metrics are collected for The Trade Desk Experiences by launching an Experience Metrics collection workflow. Metrics are collected for The Trade Desk Ad Groups via the My Reports API. When the workflow starts, it will schedule a performance report for the Ad Groups that have been imported into Lytics. The report schedule will be named using the following convention: "Lytics {WORK ID}." When started for the first time, the workflow will schedule a report to pull in the last 24 hours of performance data, and thereafter to pull in data daily. Every hour, the workflow will check for a new report execution to ingest. If one is available, the workflow will download and parse the report for Ad Group Impressions and Clicks. From these, the Click Rate will be calulated.

Metrics from The Trade Desk appear in the experience UI as follows: