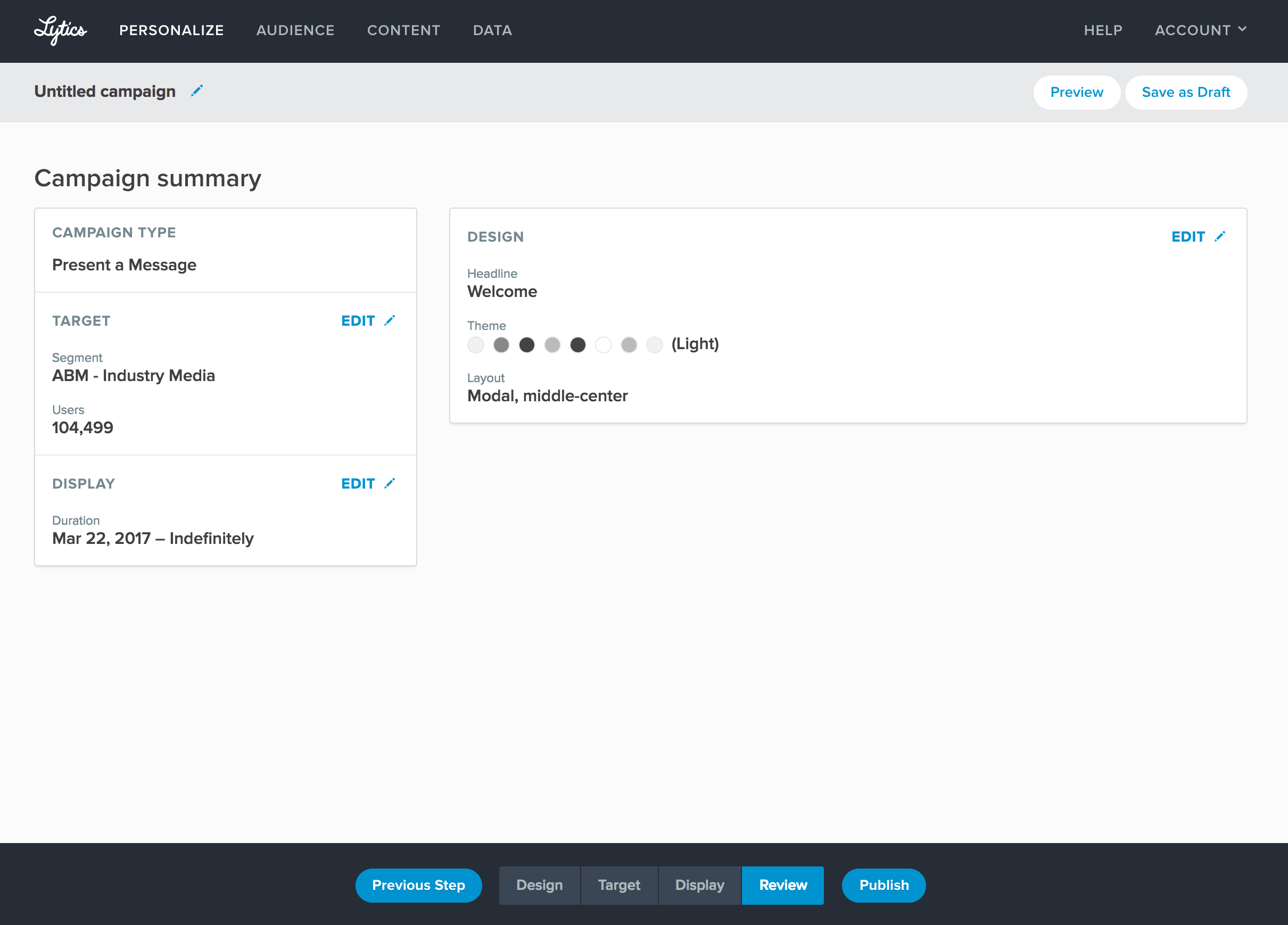 The review step is the final step before publishing. A draft campaign will be in this state until it is launched. On this step is a summary of the campaign details as well as a number of quick-edit buttons.

Once a campaign draft has been completed, no details are locked in stone. The campaign review step offers a variety of quick-edit buttons for jumping to the point in the editor where the details to edit are located.

In the top campaign actions bar on the right-hand side is the Preview button. This will open a modal that prompts for a URL to preview the campaign on. The URL specified must match the appears on conditions of the campaign, but the target audience is ignored for testing.

Also in the top campaign actions bar on the right-hand side is the "Save as Draft" button. This will save the campaign in its current state to be modified, reviewed, or published at a later date.

Note: The Save as Draft button is available on all steps of the campaign wizard.

Note: Drafts are viewable and editable by every user of your Lytics account.

In the bottom actions bar, on the right-hand side is the Publish button. Clicking this button will launch the campaign making it viewable by every member of the target segment. Upon publishing, you will be redirected to the Campaign Summary Report.