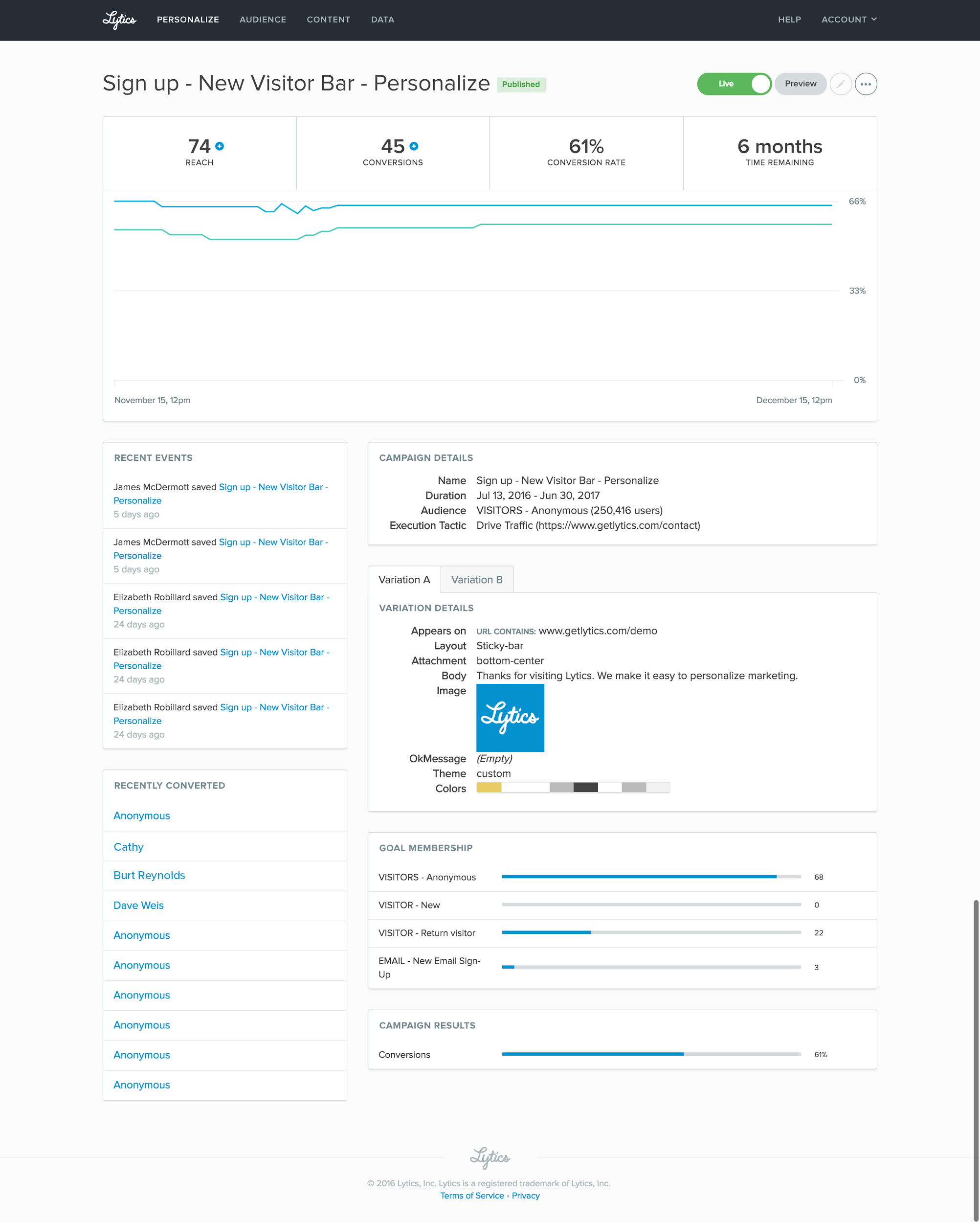 Here are the definitions for each campaign type:

In addition to real time reporting data, the campaign report includes information about the type of campaign being run, the appearance of the widget, the event history, and recently converted users.