The Lookalike Model summary view consists of three tabs each containing valuable information about your model. The initial Summary tab displays key metrics about the model such as accuracy, reach, and its usage. The Configuration tab displays the options selected to build the model, and the Diagnostics tab displays the data science values of the model useful for debugging.

The model summary dashboard surfaces the key metrics of a model. Here you can see a model’s accuracy and reach, how the source and target audiences overlap, the important features that contribute to the model, what audiences are using the model, and any diagnostic and troubleshooting messages.

At the top of the summary page, you will see a tag indicating whether your model is healthy or unhealthy. Lytics determines model health based on the model’s ability to make accurate predictions -- predictions from unhealthy models should not be trusted. Models are considered unhealthy if the accuracy is low (with an R2 value less than 0.1), or if the model is overfit (with an R2 value greater than 0.975).

Accuracy describes the precision of a Lookalike Model's predictions — that is, how closely a model's predictions match actual outcomes during model training. Models with higher accuracy can be used to narrowly target the strongest lookalike candidates, which are better applied to later stages of your funnel.

Reach describes the relative size of a Lookalike Model's addressable audience. Higher reach models can broadly target many users, which are better applied to earlier stages of your funnel.

The model prediction section displays the size of your source and target audiences and charts the predictions for those audiences. The X axis represents the prediction value and the Y axis represents relative density. The shape of the graph is most important, which indicates the amount of overlap between your source and target audiences. See the Accuracy vs. Reach document for examples of how different trade-offs between accuracy and reach will look in the model predictions graph. 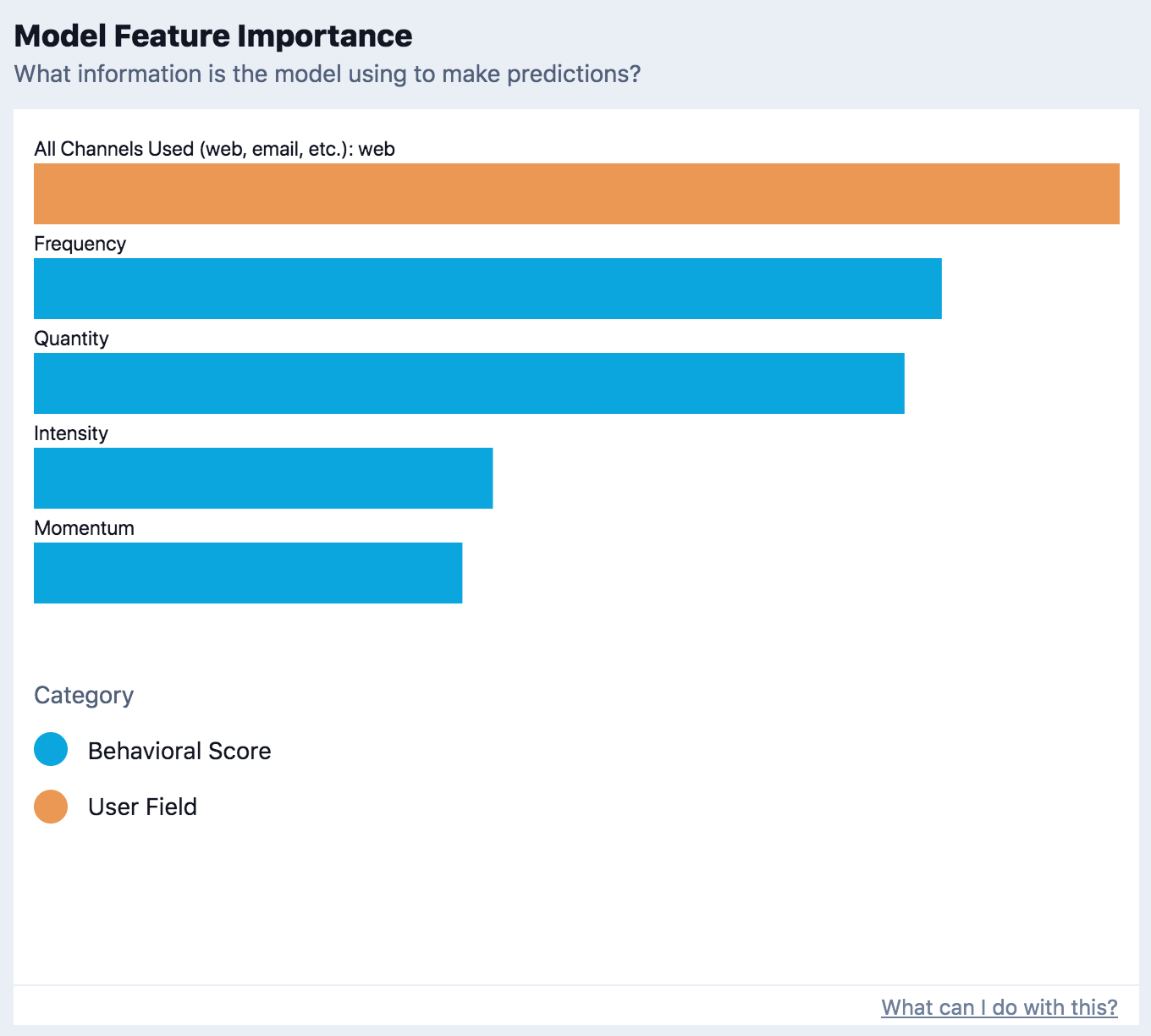 The Diagnostics and Troubleshooting section provides messages pertaining to the performance and status of your Lookalike Model. These messages are categorized as warnings, errors, or information. Warnings and error messages may indicate why your model is unhealthy or provide suggestions on how to improve its performance.

To resolve these messages, try changing the source or target audiences, or any of the other configurations as suggested. See Interpreting Model Messages for detailed information about the most common messages.

The Configuration tab displays the settings used when creating the model. See our Model Builder documentation for information about each option.

The Diagnostics tab provides an advanced view into a Lookalike Model's performance and can help provide assurance that the model has a robust statistical foundation. This information is helpful for technical users looking to gain extra insight into the data science behind this Lookalike Model.