All audience definitions are comprised of rules based on existing audiences, content affinity, campaigns, and custom rules. You may have noticed that after you add your first rule in the audience builder you have the option to Add New Rule or Add New Rule Set. Adding new rules and rulesets, and setting the conditions for their interaction, gives you the ability to refine which users your audiences target.

This audience has a single rule: included all users with the characteristic Behavior: Perusers. This will select all users with an intensity score of 20 or less but with a frequency score of 20 or greater. These are users who interact often but not on a deep level. You can refine this rule further by clicking Add New Rule. 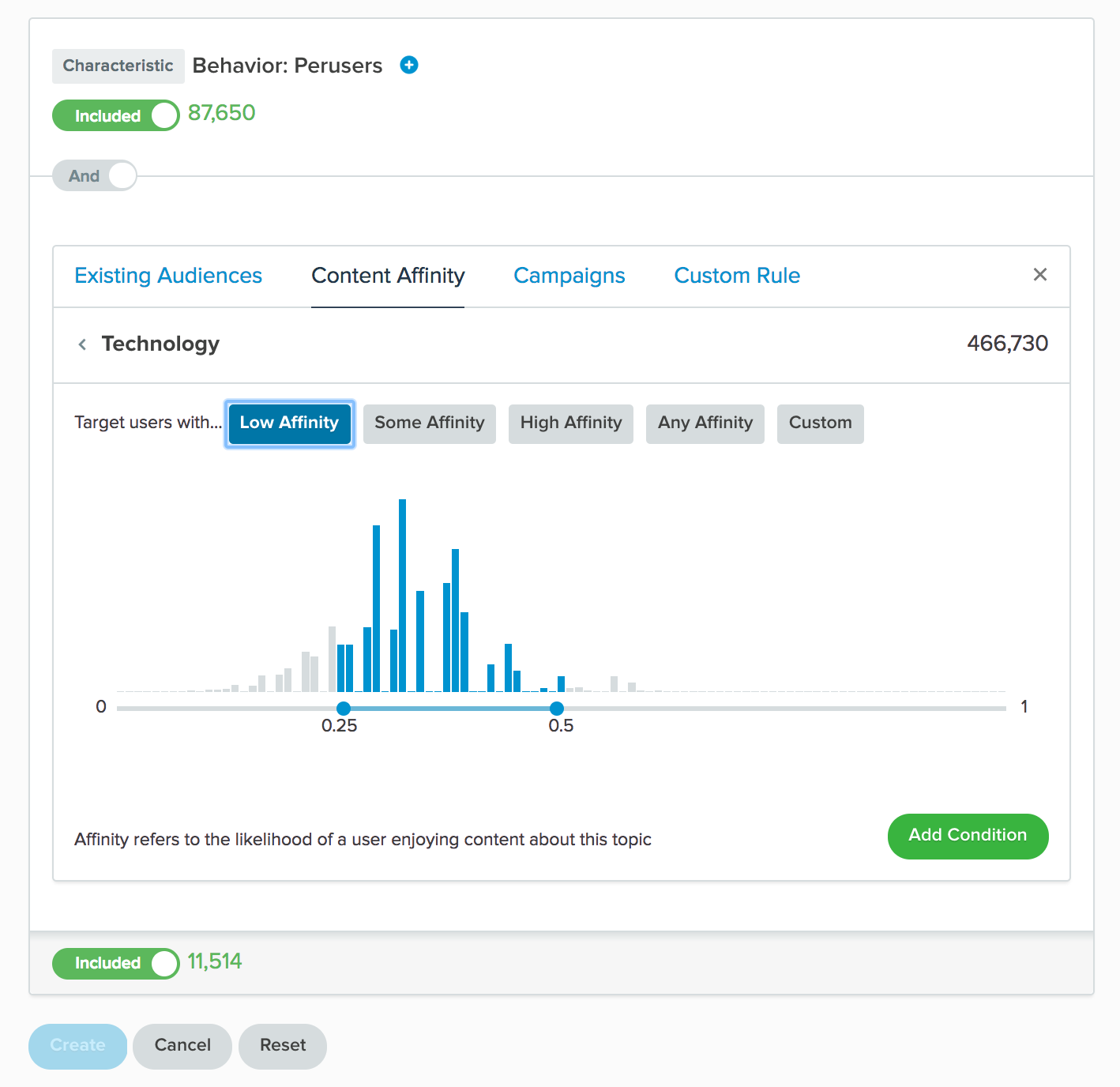 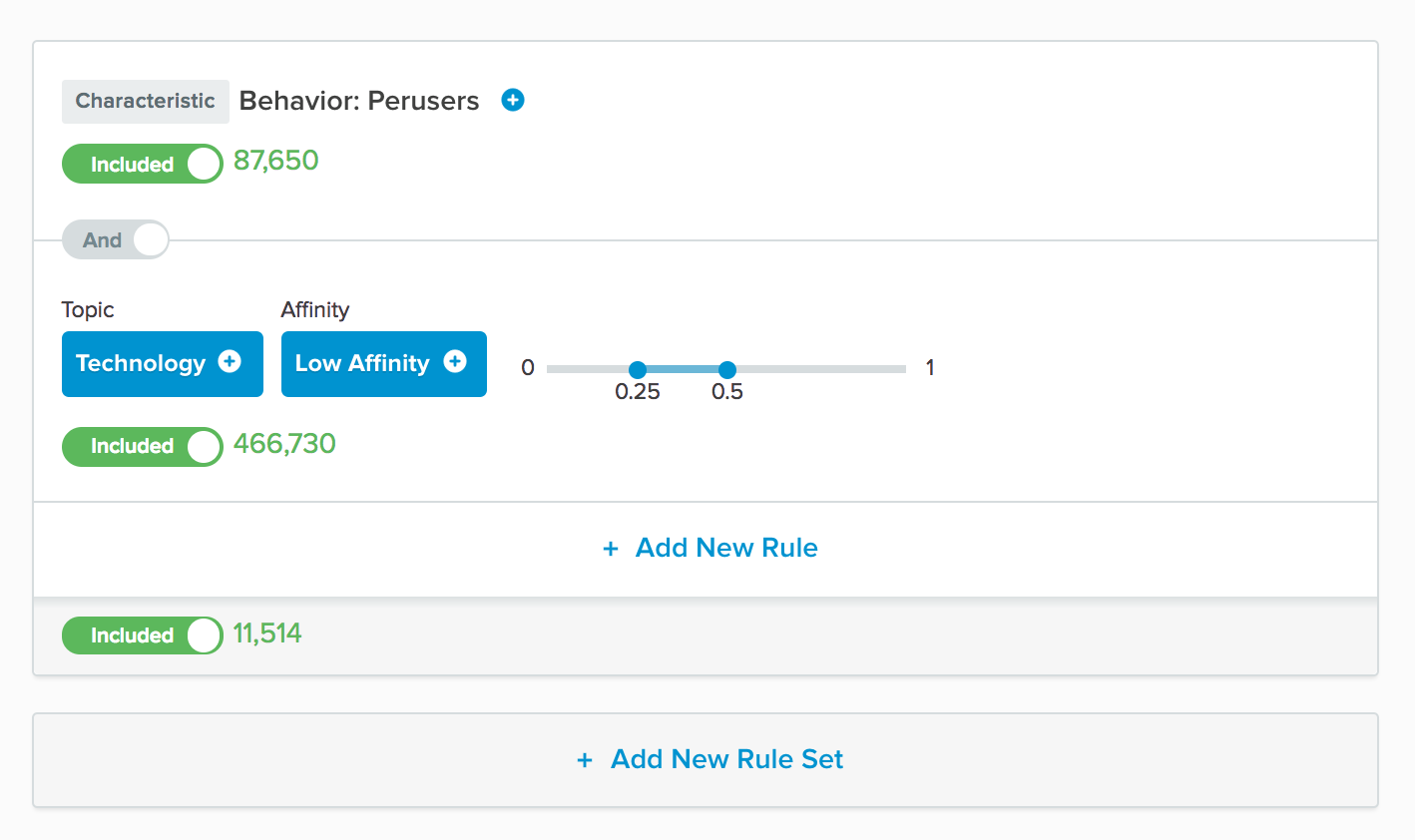 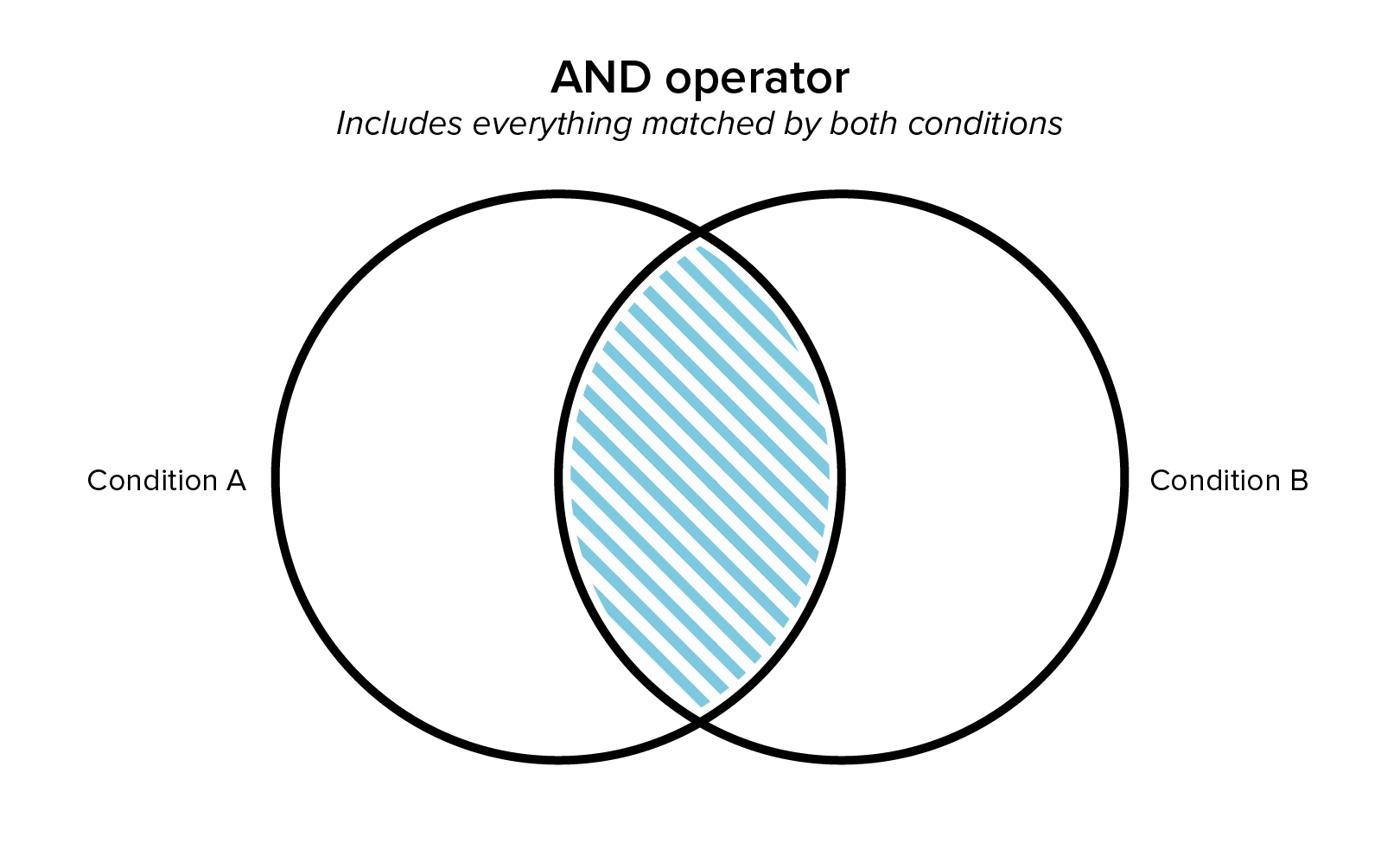 This audience now also includes a rule for users who have a low content affinity for Technology content. Now that it has been added, there are three numbers of interest. The first number, 87,650, is the number of users with the characteristic Behavior: Perusers. The second number, 466,730, is the number of users who have low affinity for Technology content. The third number, 11,514, are the users who meet both of these conditions. 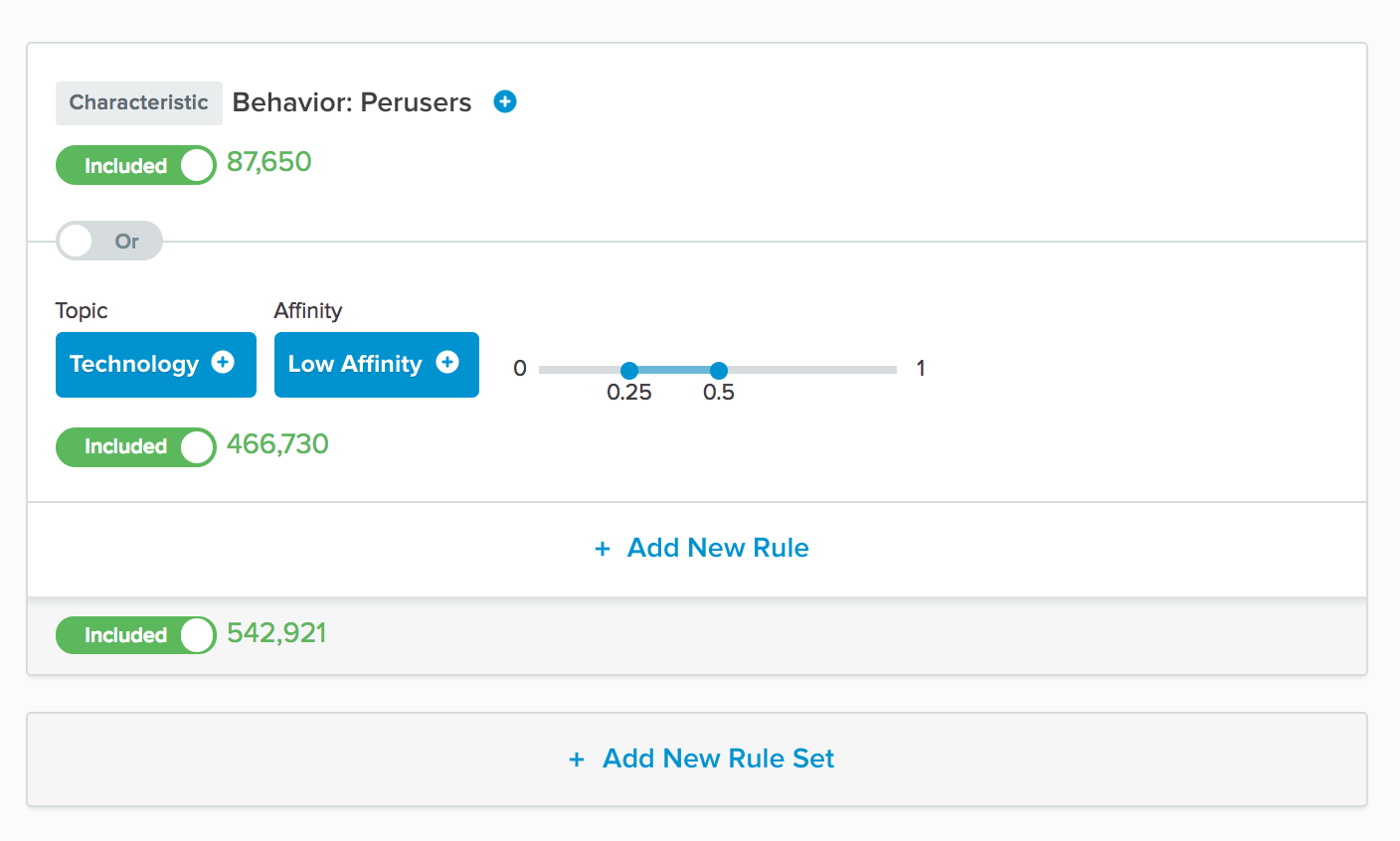 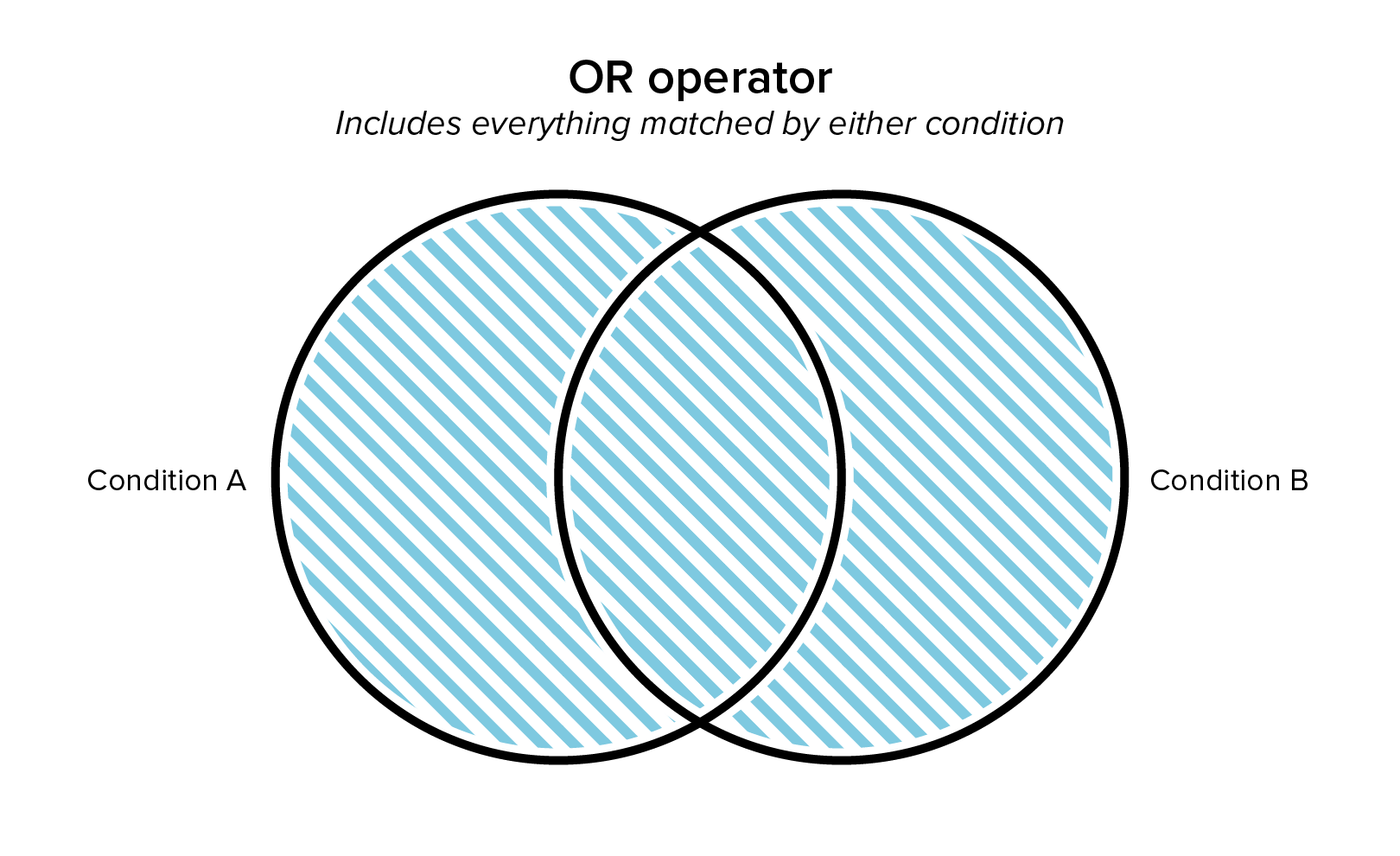 Clicking the And/Or toggle, will switch the way the two rules intereact. The audience now includes all 542,921 users who either have the characteristic Behavior: Perusers or have low afffinity for Technology content.

In addition to the And/Or toggle, there is the Included/Excluded toggle. This toggle inverts a condition.

This audience contains a rule that targets the 159,084 users with the characteristic Browser / OS: Mobile or users who have used a mobile devices.

Clicking the Include/Exclude toggle the audience will now target the 705,166 users who do not have the characteristic Browser / OS: Mobile.

The sum of the two numbers will be the total audience size that meets those rule(s).

This is especially apparent when using a rule such as Created Timestamp Exists. Every user in Lytics will have a timestamp of when they were created. Therefore, the number of users who do not meet the condition of having a created timestamp will always be 0. 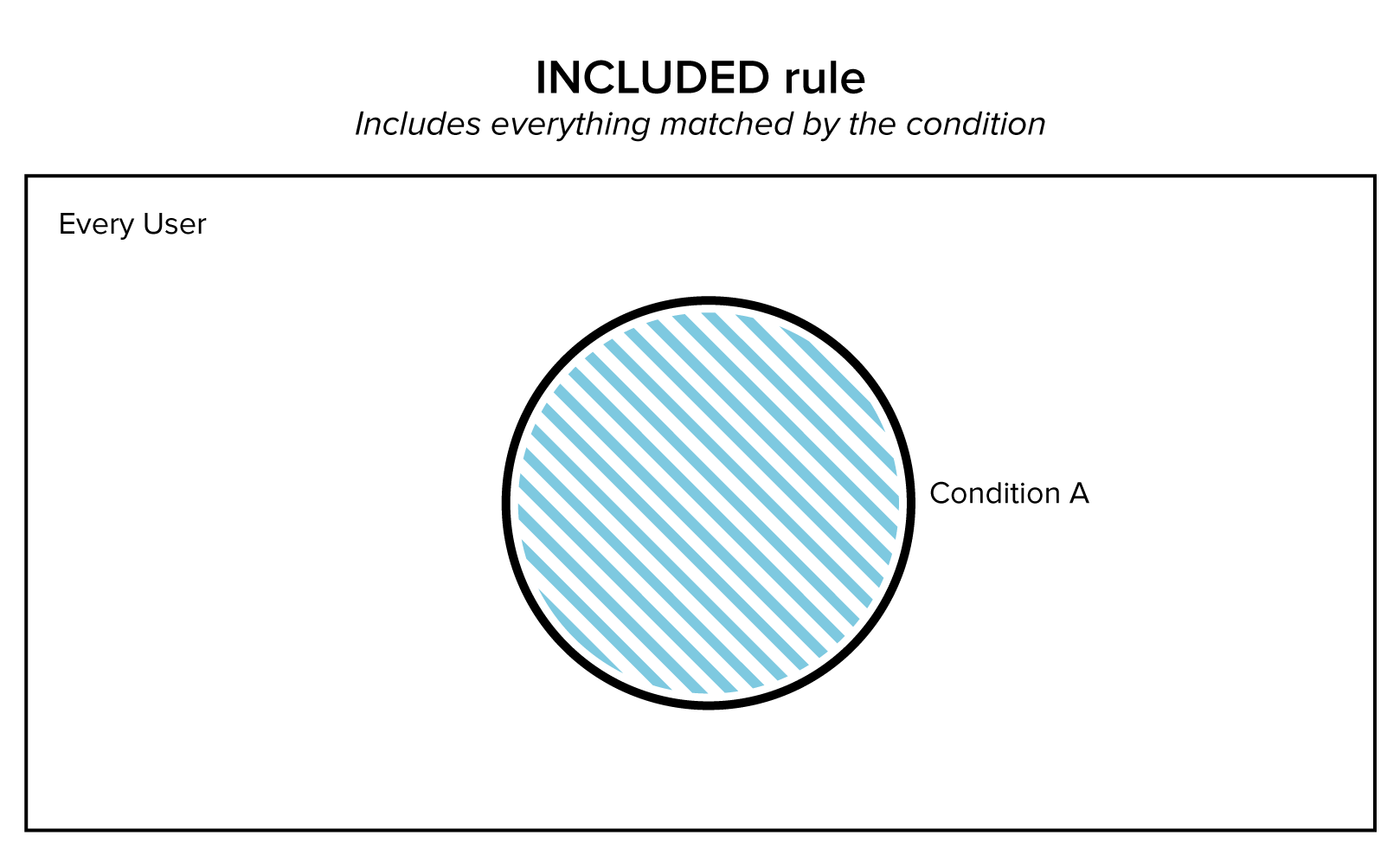 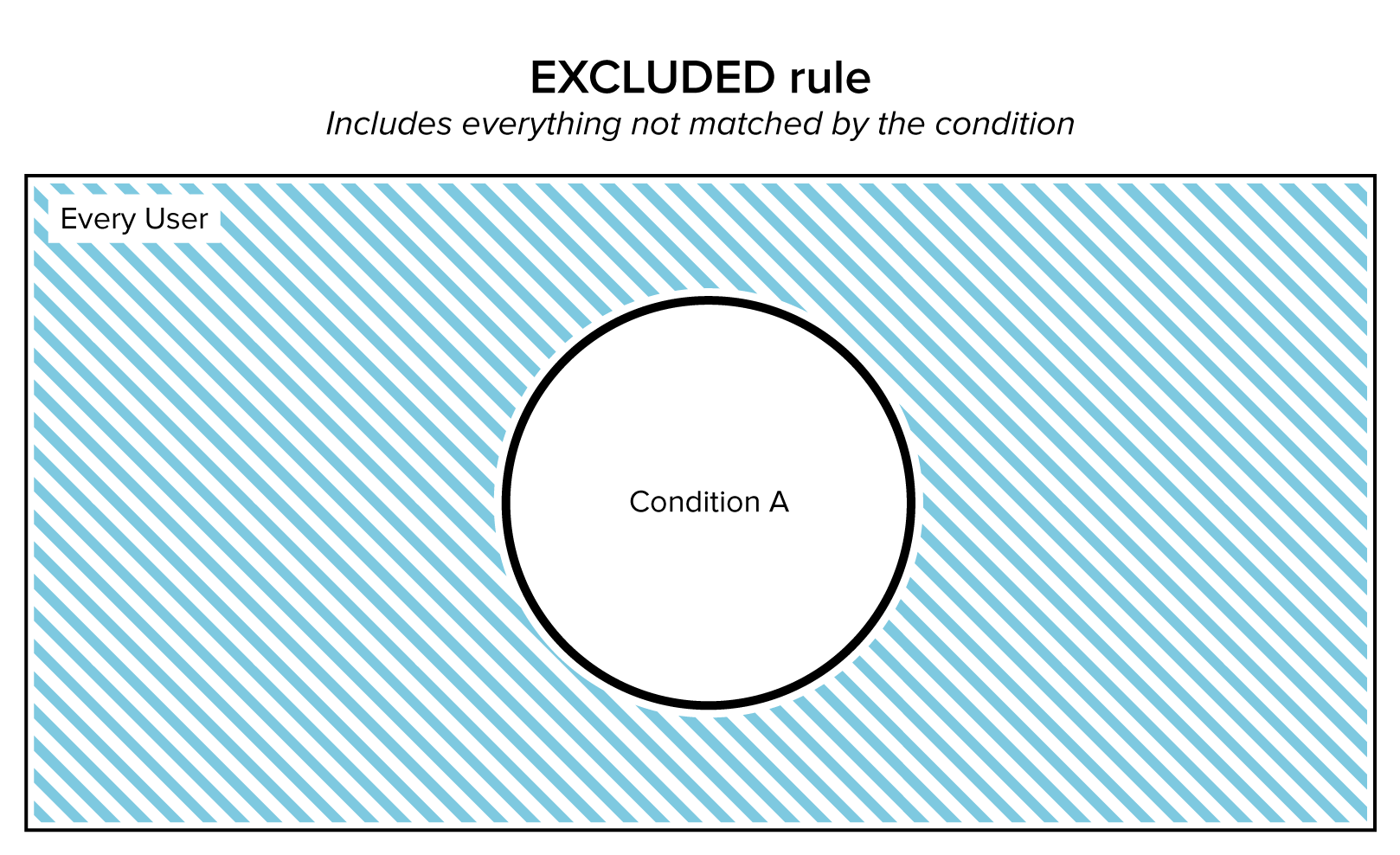 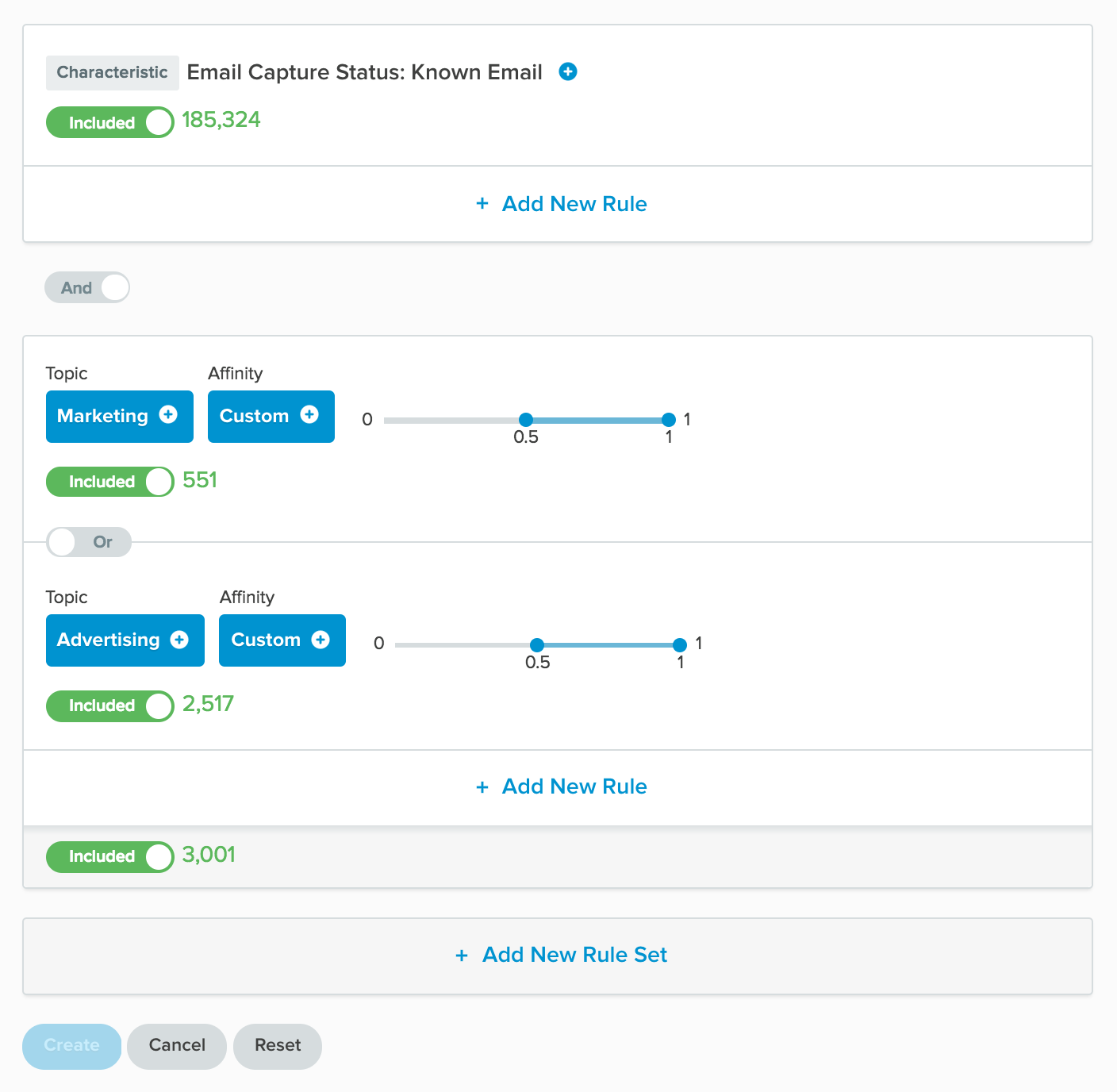 This audience has two rulesets. The first ruleset has one rule: all users who have the characteristic Email Capture Status: Known Email. The second ruleset has two rules: all users have some affinity for Marketing OR Advertising content. Combining these two rulesets with the AND operator produces an audience that targets users with an email address that have some interest in either marketing or advertising. This audience could be used to email a special newsletter or promotion about a product or trending topic that is related to marketing or advertising. 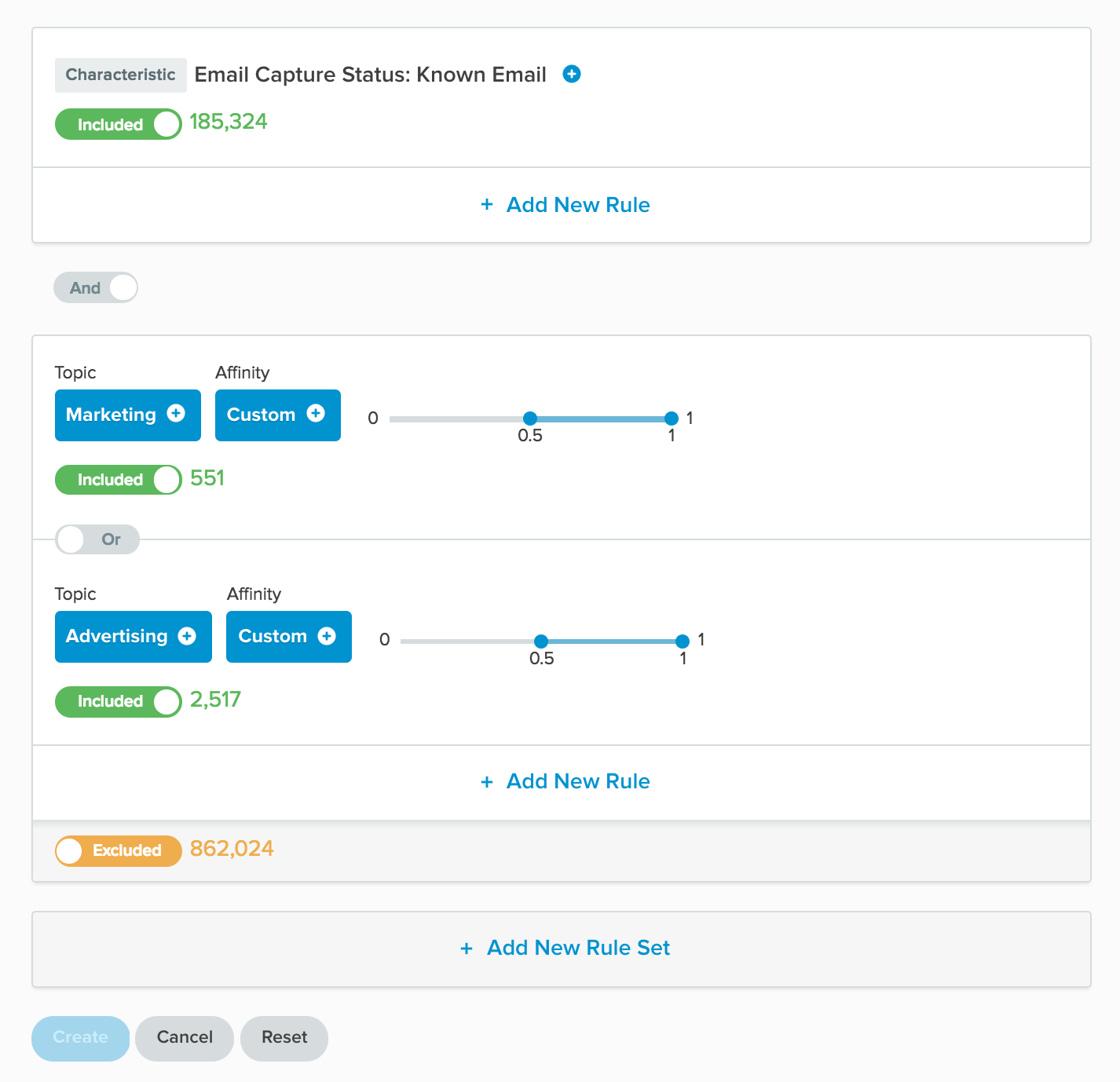 Rulesets, just like rules, can be excluded. Clicking the Include/Exclude toogle on the second ruleset will result in the audience targeting all users with an email address who do not have some interest in either marketing or advertising. It could be used to send a different email to the remainder of your users with email addresses.